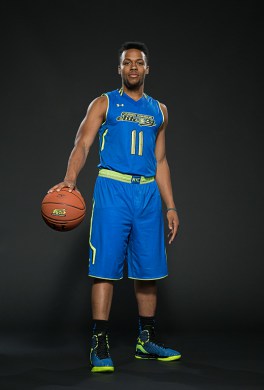 Isaiah Briscoe is down to three schools now. The 6-foot-3 Roselle (N.J.) Catholic point guard cut his list Saturday to St. John’s, Kentucky and UConn. ESPN.com first reported the news. Missouri and Seton Hall were among the schools cut. Briscoe had also previously considered Arizona, Rutgers, Louisville, Villanova and others. Briscoe recently took official visits to UConn, Kentucky and St. John’s. Kentucky became involved late in Briscoe’s recruitment but he seems impressed by John Calipari’s track record in sending players to the NBA. UConn is the reigning national champion and Briscoe likes the fact that coach Kevin Ollie and several staff members played point guard in the NBA, his ultimate goal. St. John’s has been involved with Briscoe for several years now and is the last local school on his list. In the last week or so, St. John’s coach Steve Lavin and three assistants watched Briscoe work out at RC; Briscoe took an official visit to campus; and he also attended a St. John’s practice at Madison Square Garden. It’s unclear if Briscoe will pull the trigger for the fall signing period Nov. 12-19, or extend the process until the spring.