Emmanuel Mudiay’s Season in China is Over; Next Stop, NBA Draft

Emmanuel Mudiay’s season in China is over and his next stop is likely the NBA Draft. The 6-foot-5 point guard is free to return to the U.S. and train after playing his last game in China on Tuesday. Mudiay went for 15 points, 8 assists, 7 rebounds and 6 turnovers in 44 minutes of Guangdong’s Game 4 loss in the semifinals of the CBA playoffs, according to Jonathan Givony of DraftExpress.com. Mudiay could now pull a Dante Exum and return to the U.S. to train and do selected NBA workouts. DraftExpress.com projects him as the No. 4 pick in the Draft behind Duke’s Jahlil Okafor, Kentucky’s Karl-Anthony Towns and Ohio State’s D’Angelo Russell. A year ago, the 6-6 Exum trained in Los Angeles after arriving in the U.S. from his native Australia. He ended up as the No. 5 pick in the Draft.

Indiana, Kansas Were First Schools to Reach Out to Thon Maker After Announcement 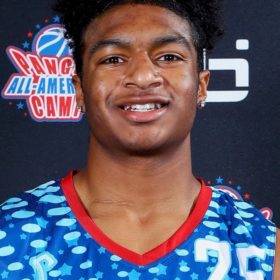