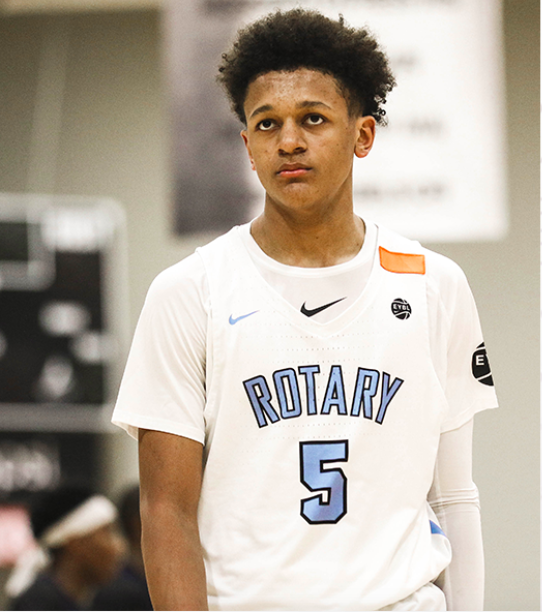 By JACOB POLACHECK Paolo Banchero, the 6-foot-8 power forward from O’Dea (WA) High School, told ZAGSBLOG Thursday that Gonzaga, Oregon State, UCLA, Ohio State, and San Diego State are among the schools to show interest. Banchero, who currently holds offers from Oklahoma, USC, Alabama, Washington, and Montana, spoke about what he’s looking for in a school. “Somewhere where I can play right away,” said Banchero. “I want a family environment.” According to 247Sports, Banchero is ranked as the No. 5 overall player in the Class of 2021 and the No. 2 power forward in the class. Playing with Seattle Rotary on the Nike EYBL Circuit this summer, Banchero averaged 13.9 points, 7.7 rebounds, 2.0 assists, and 1.2 blocks per game, in 16 games played. He helped lead his team to a 10-6 record and an appearance in Peach Jam. At Peach Jam, Banchero averaged 13.4 points, 8.2 rebounds, 2.6 assists, and 1.6 steals per game, in five games. Seattle Rotary went 2-3 in Peach Jam. Banchero was named to the Peach Jam All-Underclassmen Team. “I’ve been playing with Rotary since the third grade,” said Banchero. “It’s improved my game a lot because we’re able to play off each other.” “For me to have the comfort where I know my teammates are capable of making great plays, it makes the game a lot easier and improves my game,” he said. In terms of his individual game, Banchero makes a big impact on the court and has elevated his game this summer. “I see myself as a high energy, versatile player,” he said. “I like getting my teammates involved and I’m willing to do whatever the team needs to win.” Banchero also said that he’s looking to improve his ball handling and his consistency behind the three-point line. Photo: D1Circuit Follow Jacob on Twitter Follow Adam Zagoria on Twitter And Like ZAGS on Facebook