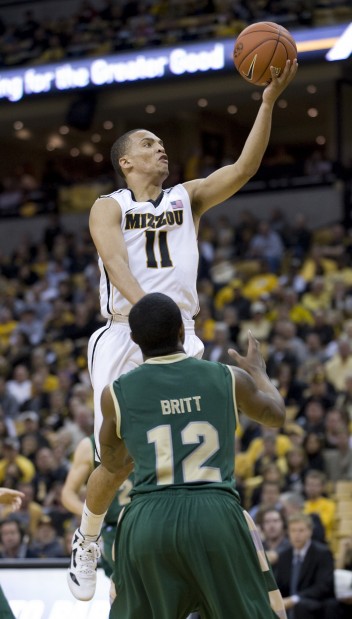 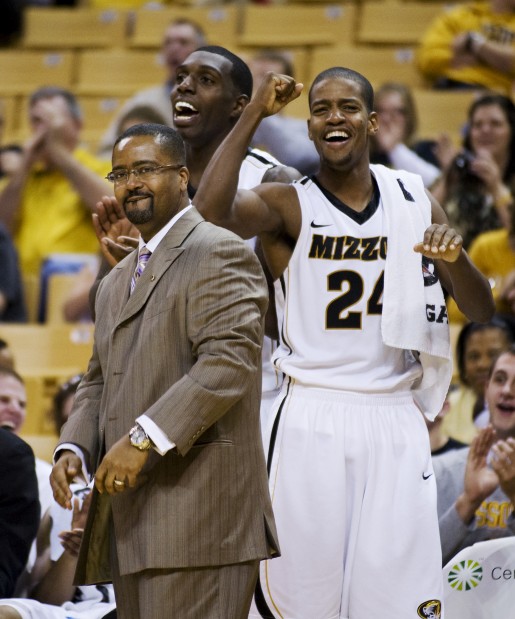 COLUMBIA, Mo. • Mizzou junior guard Michael Dixon chafed at the notion of being known as a 'spark plug" when it was presented to him during MU's exhibition season, and no one has used the term around him since.

But however someone might describe Dixon's role as sixth man for the 10th-ranked Tigers, he apparently has learned to embrace the part after a few missteps.

That gave him 48 points, on 18-of-26 shooting from the field, in MU's last two games after managing a total of 10 points in the previous two games. That was on three of 17 shots.

"I (was) just fortunate to make some shots early on," he said, "and that kind of got me going."

Dixon had six points in MU's 19-0 opening blitz, which featured William & Mary missing its first eight shots and committing 10 turnovers before finally getting on the board on Matt Rum's 3-pointer with 8 minutes 28 seconds left in the first half.

"That's the name of the game, to not let the opponent score," said Mizzou senior guard Kim English, who had 17 points, including nine of nine free throws.

Meanwhile, MU hit 35 of 58 shots from the field for a season-best 60.3 percent, a game after shooting 60 percent against Kennesaw (Ga.) State.

"I just told myself, 'No air balls, and don't throw it off the backboard,'" Jones said before hurrying to football practice afterward.

"It's going to have an NCAA Tournament feel, is what I hear," first-year MU coach Frank Haith said.

While English speculated that Haith had coached in some "pretty high-style" atmospheres in his previous stop at Miami of the Atlantic Coast Conference, English playfully added that he'll "talk to him on the ride" to St. Louis about what to expect.

Mizzou has won the last two against the Illini, who had won the previous nine.

"I'm undefeated, so I don't plan on losing to Illinois. Ever," Dixon said.

Dixon didn't plan on coming off the bench this season, either, after starting 17 games last season.

But Haith saw a crucial niche Dixon could fill to bring instant energy.

Because Haith considers Dixon of starting caliber, he believes using him as a sub when others are inserting their backups is a matchup advantage for MU.

He also typically inserts Dixon first for Matt Pressey, allowing him to get "a sweat going" before shifting over to point guard for Phil Pressey.

For the most part, it has worked well, with Dixon scoring in double figures in five of MU's first seven games.

But even as Dixon doled out seven assists against Villanova, he went just two of 13 from the field.

That led to a chat and video session between Dixon and the replay-obsessed Haith, who believes Dixon came out of that with better cognizance of shot selection and more faith that scoring will take care of itself if he tends to the finer details.

That seemed apparent Thursday against Kennesaw State, against whom Dixon had 18 points, and all the more so against the Tribe on Sunday.

After the opening burst, Dixon helped put MU even more out of distance when he hit back-to-back 3-pointers before his highlight-reel lob to Marcus Denmon for a reverse layup that made it 35-12.

Ricardo Ratliffe and Matt Pressey also finished in double figures for MU, with 11 each.

Denmon, the leading scorer in the Big 12, had seven points, ending his string of 21 consecutive games in double figures.

Haith: From 'Frank who?' to molding Mizzou

COLUMBIA, Mo. - Framed by his relative anonymity among candidates Mizzou fans had hoped for and his wince-inducing 43-69 Atlantic Coast Confer…

Mizzou Talk: Sound off about the Tigers

The Illini haven't been a particularly effective or consistent perimeter shooting team. Yet, they attempted 25 3s against Nevada-Las Vegas in a 64-48 loss.

No. 8 Xavier falls to Oral Roberts