Take a look at the ESPN rankings for the top basketball classes in 2014 and you will see some familiar names. Kentucky tops the list (again) and Seton Hall, after peaking at No. 4, is now No. 11. Yes, coach Kevin Willard’s Seton Hall program has one of the top recruiting classes in the nation, anchored by Brooklyn Lincoln guard Isaiah Whitehead, who signed his Letter of Intent Friday morning at the high school. The four-man class also includes Huntington (W.V.) Prep power forward Angel Delgado, Brooklyn Bishop Loughlin guard Khadeen Carrington and Newark East Side forward Ismael Sanogo, who was the first recruit of the group back in July. “We are excited to officially welcome Isaiah, Angel, Khadeen and Ismael to the Seton Hall basketball family,” said Willard. “The future for Pirate basketball looks bright with this talented group headed to South Orange next season. This class has an opportunity to elevate Seton Hall basketball to new heights and leave their mark on this program.” “With this recruiting class, they certainly can move from the lower half of the [Big East] league to at least the middle of the pack, if not higher,” longtime New York recruiting expert Tom Konchalski told SNY.tv. “A lot of it is contingent on how long those guys stay. Isaiah probably sees himself as one-and-done, but if they’re able to get a second year out of him, that would be great.” The 6-foot-4 Whitehead surprised many people when he chose the Pirates over St. John’s, Indiana, Minnesota and Pittsburgh, becoming the biggest get of Willard’s four-year tenure. Lincoln coach Tiny Morton said that Whitehead made the decision in part after talking with Austin Daye of the Toronto Raptors, who told him he could develop quicker and better at a program where he would get immediate playing time. “One of the NBA players told him that sometimes it’s better to go someplace that you can learn to do just about everything on the basketball court that you need to do. You want the pressure on you now, instead of having a place that you can just concentrate on being a two guard, or getting shots up, as opposed to being double-teamed,” Morton said. “So I think that weighed heavy on him.” In Whitehead, Seton Hall is getting one of the top guards in the country who was being recruited at the highest levels. “In Isaiah Whitehead, they have one of the best guards in the country,” Konchalski said. “He’s just not a scorer. He’s really improved his 3-point shot. He’s really improved all his skills, and his shot selection’s improved. But he could conceivably play the point, and that might be his eventual position. He’s a very, very good passer, and he has terrific hands. He can take the ball in close quarters and deliver the ball. He’s one of the best guards in the country.” The 6-7 Sanogo started the ball rolling by committing in July. “People are looking at him as a throw-in,” Konchalski said. “He’s a kid who’s an intelligent player. He’s fairly skilled and he just needs to get stronger. He’ll probably be a four-year player but he’s going to end up being a very good player.” The 6-9 Delgado was the second player to commit to the Pirates in August. “Angel Delgado led the [Nike] EYBL in rebounding for the four sessions prior to the Peach Jam,” Konchalski said. “He’s a designated retriever. He doesn’t have a high skill level, but he’s a strong kid who really goes after the ball with a great motor. So they get an inside presence there, a guy who’s really going to get on the boards and rebound.”

The 6-3 Carrington was the third player to commit and then helped recruit Whitehead to South Orange. “He’s a very good transition player,” Konchalski said. “He’s got to improve the consistency of his 3-point shot. He’s a lefty, but he’s always in attack mode. He’s always going to the basket. He’s most effective in transition, has a great step to the basket and the more fullcourt basketball they play, the more effective he’ll be.” Carrington and Whitehead are friends and share a chemistry on court, as displayed when Whitehead threw Carrington an alley oop pass in the recent Sharette Dixon Classic. At that event, the duo told SNY.tv they were talking of a potential Final 4 appearance. For now, it’s just a very strong start for Seton Hall’s future. “I was always a fan of Khadeen so I thought that was a great fit also,” Morton said. “I thought they both complemented each other very well on the basketball court. They’re definitely friends off the court so that definitely helps.” TINY MORTON SAYS HIS FUTURE IN LIMBO As for his own future, Morton says it’s not a done deal that he will join the Seton Hall staff in 2014. “Right now, I’m not sure about that,” he said. “It depends on what happens at the end of the year.” The widespread perception when Whitehead committed was that it was a package deal with Morton. But Seton Hall currently has three assistants in associate head coach Shaheen Holloway, Oliver Antigua and Freddie Hill. One of them would have to leave or move down to open a spot for Morton next year. “I know Oliver got the position, so something else might open up [at another school],” Morton said. “I’m definitely looking to make a move.” Photo: Kelly Kline/ UA 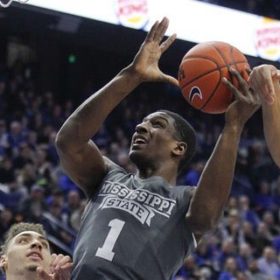 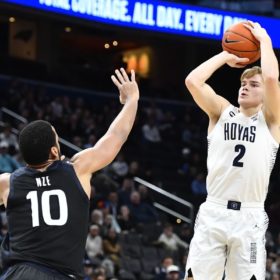 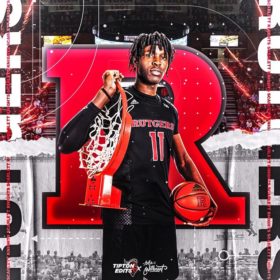 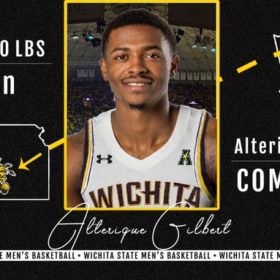