Duke, UNC, Kentucky Among Schools in Running for Jayson Tatum 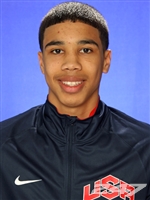 By JACK LeGWIN Special to ZAGSBLOG The top schools in the nation are trying to convince Jayson Tatum that their program is right for him. “Illinois watched me last week,” Tatum told SNY.tv. “Coach K from Duke will watch me on Wednesday. He calls to check in on me frequently.” Kentucky Head Coach John Calipari will also watch Tatum Wednesday.. Tatum says that seven schools are working the hardest, keeping in touch the most at the moment. “Duke, UNC, Illinois, St. Louis, Kentucky, Wake Forest and Michigan State are showing the most interest,” Tatum said.  Tatum says that schools staying in touch is key for making a good impression. “Whoever calls the most,” Tatum said. “Whoever stops by the school, keeps in touch really makes a good impression.” Tatum will play with another top sophomore this summer on the EYBL Circuit with the St. Louis Eagles in Quentin Goodin, and he says that he is looking forward to seeing what the duo can do on the EYBL Circuit. “It’s been a lot of fun,” Tatum said. “We’re just learning to play with each other right now. I think we are going to be really good though. I get to play more of the wing now with Quentin and Jordan (Barnes) being able to run the point.” With Tatum now available to run on the wing more often, he will be matched up against some of the other best players in the country at that position, and he says that he embraces it. “I always like going up against other guys who play my position,” Tatum said. “VJ King and I love playing against each other. We’re good friends off the court, but it’s always fun to play against each other.” The No. 4 ranked player in the class of 2016 by 247 Sports, Tatum currently holds offers from Kentucky, Florida, Missouri, Illinois, Duke, North Carolina, Kansas, Marquette, Memphis, Michigan State, St. Louis and Wake Forest. Follow Jack on Twitter Follow Adam Zagoria on Twitter And like ZAGS on Facebook