Find out who impressed at the regular season finale 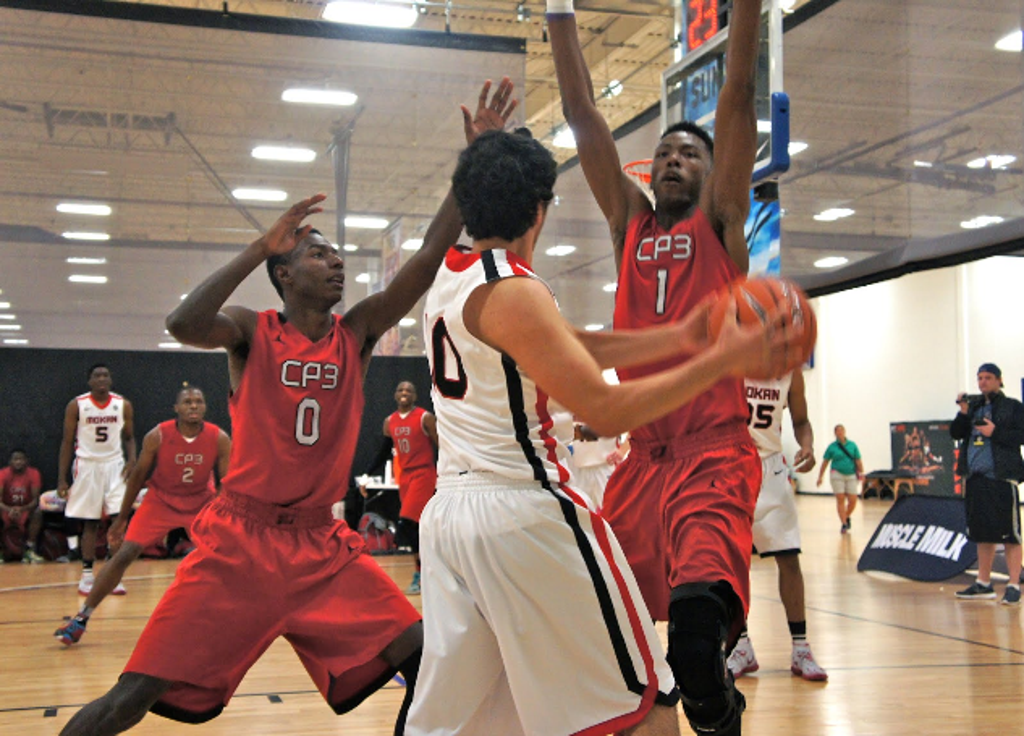 1. Jalen Coleman | All Ohio Red: 32 points (12-13 FG, 5-6 3PT), 8 rebounds, 3 assists, 2 steals vs. Playground Elite
Coleman was simply sensational against Playground, turning in a near-perfect shooting day in what resulted in a session MVP honor. The junior has come on extremely strong late in the season and will be one of the top scorers in North Augusta come July.

To even have a shot at heading to Peach Jam, last year’s runner-up had to close out the regular season with a perfect 4-0 record in Minneapolis. And, thanks in large part to the most important mid-season acquisition Harry Giles, Team CP3 pulled it off. It might not have been pretty – three of their wins came with an average point differential of just four per game. Regardless, the return of Giles and the emergence of Terrence Phillips and Zaqwaun Matthews make CP3 a sleeper during Peach Jam.

Team Final is really good. There’s no way around it or any simpler way to put it. Team Final finished up Minneapolis with a 4-0 record and an EYBL-best 14-2 overall. They are so much more than just Malachi Richardson’s squad, featuring Levan Alston Jr., Trey Lowe, LaMarr Kimble and many other useful pieces. They’ll need Donte Divincenzo, who suffered a severe sprained ankle, to be back in time for Peach Jam. They play a hectic style which will be tough for everyone in their Peach Jam pool.

Jalen Coleman took home our session MVP, and rightfully so. Coleman led All Ohio Red to an undefeated session that included some very impressive wins. Esa Ahmad and MaCio Teague have stepped up as they caught fire at the perfect time. They’re now 9-1 in their last 10, with a strong head of steam heading into Peach Jam.

These two have been on our list after each session, mainly because they're spectacular. Trier is the top scorer in the EYBL, and Briscoe is the most complete statistically. If you have the pleasure of watching the two compete, you are in for a treat - and will quickly notice that they are on another level.

The Syracuse-commit was a close runner up for Minneapolis Most Valuable player, falling just short to Coleman. His stats however, were extremely impressive. In four games, Richardson averaged 18.8 points on 45.1% shooting, grabbing 7.5 rebounds, dishing out 2.8 assists. He had his biggest performance against NorthWest XPress, where he cemented his status as more than just an elite scorer. Add Richardson to the few guards in the 2015 class that excels at everything.

In their four wins, CP3's ultra-quick point guard averaged an EYBL-best 7.3 assists, also adding 10.0 points, 3.3 rebounds, and 2.5 steals. He is probably the top-passing point guard on the circuit, dropping some beautiful dimes in transition while in Minneapolis. He is the straw that stirs CP3's drink, and will be a key factor in North Augusta.

The tough Chicago-guard was right in the running for MVP until they ran into the MOKAN shooting buzzsaw. Brunson scored 94 points in five games, averaging 18.8 points, 4.0 rebounds, 6.8 assists and 3.0 steals. Much like Briscoe and Trier, Brunson is a do-it-all leader who makes everything easier on his teammates. The smooth-shooting lefty will be a Peach Jam veteran, and will look to use that experience to build off a tremendous regular season.

Given their record, the Stars didn't have much to play for. That didn't stop their scoring-machine Malik Beasley from going off. In four games, Beasley was the only reason the Stars remained competitive. He scored 125 total points, putting up averages of 31.4 points, 5.8 rebounds, 2.5 steals and 1.3 assists. Not sure any other player raised their stock more than Beasley during the EYBL regular season, it was a pleasure to watch his scoring talents live.

Team Texas' floor leader saved his best for last, putting up extremely impressive numbers as Team Texas played spoiler. In four games, Evans put up averages of 20.5 points, 5.8 rebounds, 2.0 assists and 2.8 steals. He dominated against The Travelers, helping Team Texas steal what would have been a Peach Jam-clinching win for the Kentucky squad. We've seen his last game in the EYBL, but he'll be a name we'll be watching closely as his career progresses.

There’s no one else in the EYBL that can produce real-live thunder from a single dunk. But what’s even more impressive about Diallo, which showed this weekend, is how good he is at creating space with his body positioning. He’s really learning to play the position, which spells danger for the rest of the forwards and centers out there.

Similar to Diallo, Swanigan is also quickly learning how to play in the post efficiently. The biggest difference between Diallo and Swanigan is that the latter actually has some go-to moves in the post, something not all that common among big men at this level. Swanigan will have to play a big part if Spiece looks to make a run during Peach Jam.

We thought that the Rabb/Stephen Zimmerman front court would wreak havoc on the EYBL. The star tandem had its ups-and-downs but Rabb, in particular, stayed the course. Rabb had his most consistent session in Minneapolis averaging 13.8 points per game on 58 percent shooting to go with 8.2 rebounds per game.

It’s a shame that Nike Team Florida won’t be around for Peach Jam, but at least we should be in store for another EYBL season next year for the rising sophomore. Azuibuike came into his own late in the regular season, especially in Minneapolis where he flat-out abused people in the paint. In our minds, he’s the most physically gifted player in the league.

Every other forward/center that impressed us most in Minneapolis possesses immense size making their jobs a lot easier. But if you could tell us another forward who works as hard as Clarke does, we’d be happy to hear it! Clarke is the best rebounder under 6-foot-6 in the EYBL and maybe even the country. His offense leaves something to be desired but even on that end, Clarke will jump higher and sprint faster than everyone until that ball goes through the hoop.

For the first time in over a year and a half, Giles was able to compete on back-to-back days. An elite recruit in the 2016 class, Giles showed flashes of his former self, helping guide Team CP3 to a 4-0 record in Minneapolis. In the wins, Giles averaged 9.3 points, 7.0 rebounds and 1.8 blocks. He now has over a month to recover and shake off any rust before the Peach Jam (if they qualfy). If he is back to his old self, Team CP3 is a contender in North Augusta.

Hunter may be the most underrated guard on the entire circuit. In four games, the 6-foot-2 defensive-specialist showed off his ever-improving offensive game as a complement to star Malik Monk. He averaged 17.3 points, 4.0 rebounds, 2.3 assists and 3.3 steals, also becoming the outright steals leader in the regular season.

Looking for a freak athlete? Dillard is your guy. The versatile junior is incredibly important to Mac Irvin's season, and the 6-foot-5 swingman has performed up to par. In four Minneapolis games, he averaged 9.8 points, 5.8 rebounds and 1.8 assists - showcasing elite athleticism on defense and in transition. His season averages should make it evident that he is as important as anyone on the Fire's squad.

Brown had a big weekend in Minneapolis, stepping up his statistical output big time in place of the absent Ben Simmons. In four games, the 6-foot-2 guard outperformed his season averages - putting up 13.5 points, 4.0 rebounds. 3.0 assists and 2.5 steals. If Brown can remain a consistent threat on the offensive end, E1T1 becomes nearly impossible to defend efficiently.

This kid is a sniper. He knocked down an EYBL-high 15 three-pointers in Minneapolis, averaging 15.5 points while shooting it at a 57.8 percent clip from the perimeter. The Soldiers already have an elite frontcourt, and have been waiting for a member of the backcourt to up their output. If Hazzard continues shooting like he did in Minneapolis, the Soldiers become an even tougher matchup.

The Titans and Wings gave us a dandy to open up Sunday's action. It took an overtime, but the Wings were able to withstand a late Titans rally. Marlon Hunter had his coming out party against a stacked Titans' squad, racking up 21 points, seven rebounds, two assists and two steals in the win. Wings Elite kept the Titans off their game for most of regulation, but Coach Pospichal's crew showed heart and determination - proving they can compete with the best even when they're struggling. Sometimes games don't like up to the pre-session hype, this one certainly did. You can catch a replay of it here.