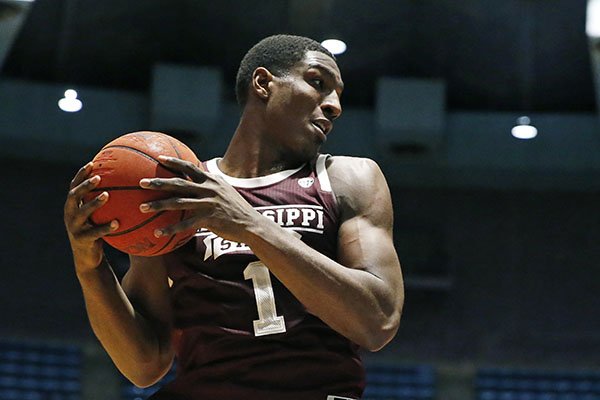 The 6-foot-10, 250-pound sophomore averaged 23.6 points, 11.6 rebounds, three assists and one steal in the Bulldogs’ first three conference games in consecutive wins against Missouri, Georgia and Arkansas. He is currently the only player in the SEC averaging a double-double thus far. Perry established his three highest SEC scoring efforts of his career. If these performances remain consistent, his outlook to play at the professional level will continue to be bolstered.

The Gamecocks freshman guard averaged 21.5 points, three assists, 2.5 rebounds and a steal in back-to-back victories over No. 10 Kentucky and at Texas A&M. The best part is that his first career start was against Kentucky in which he pumped in a season-high 26 points, including his game-winning 3-pointer at the buzzer to seal the win. Couisnard kept the hot hand, putting up 17 points on the road against the Aggies.

The Tigers are on a dangerous seven-game win streak and are currently ranked No.1 in the SEC. Their most recent wins were in matchups against Ole Miss and Florida. Against the Rebels, [Player Javonte Smart] led the way with 20 points but the team made 24-of-27 (88.9%) free throws in the victory. In just a two-point win (84-82) against the Gators, they dominated the paint out-scoring (24-9) and out-rebounding (38-28) as well as holding the lead for the last 14 minutes of the game.

Well, yet another game and another loss for the Commodores upping their losing streak to six straight. In their most recent losses to Tennessee and Alabama, their field goal percentage is borderline embarrassing at just 27.1% as well as the team’s 3-point percentage (9.6%). It’s fairly clear that Vandy simply just needs to start making shots if they want to turn this season around and get some tallies in the win column.

The Dawgs experienced a sudden drop in conference standings as a result of two straight losses to Mississippi State and No. 15 Kentucky. Hanging around with Kentucky is no easy task but they managed for most of the game but still suffered a 10-point defeat. What should be focused on is how they were absolutely routed by Miss. St…that is, by 32 points. They finished the game with 10 turnovers accompanied by a 3-point percentage of 16%. Hopefully they can bounce back against Ole Miss, the second-worst team in the SEC.

1. [Player Aaron Nesmith] (Vanderbilt) – Despite being on the worst team in the conference, and likely being out for the year with a foot injury, Nesmith leads the SEC in 3-point percentage (52.2%) and has one of the highest scoring efficiencies (1.6). On 115 attempts, he’s been able to bury 60 of them.

2. [Player Isiah Joe] (Arkansas) – Has he shot the most 3-pointers thus far this season? Yes (195). But, has he made a conference-leading 67 of them? Yes. Due to his rapid fire tendency this season from beyond the arc he upholds a 3-point percentage of 34.4%.

3. [Player Mark Smith] (Missouri) – Mizzou’s leading rebounder can also shoot the rock from deep. He’s managed to drill 47-of-120 from range this season landing his percentage at 39.2%. Last season, he finished shooting 45% on threes and you can see him trying to get back on that track early in conference play this year.

4. [Player John Petty] Jr. (Alabama) – Petty comes in with the second most 3-pointers made (63) in the SEC off of 132 attempts. He’s posted a scoring efficiency of 1.5 so far and his percentage is currently 47.7% which is good enough for third in the conference.

5. [Player Noah Locke] (Florida) – Unlike the other players listed, the only statistic Locke is first in for his team is 3-point shooting. At 42.5%, he’s been able to make 45-of-106 of his 3-pointers. In his last two games, he’s shot 57.1% and seeks to excel in this category for the remainder of this season.