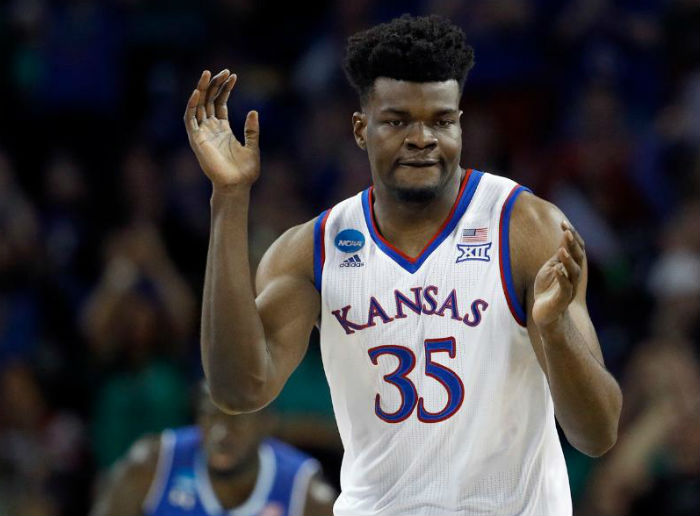 Player of the Week:

Once again, the premier center in college basketball proved why he belongs in the NBA. Azubuike’s game is admirable because he never tries to pile up stats, he focuses his attention on helping his team win. Against Kansas State on the 21st, Azubuike had 10 points shooting 80% from the line, 14 rebounds and four blocks. On the 25th, he had 18 points shooting 86% from the field with 11 rebounds and four blocks. And then most recently against Oklahoma State he only had six points shooting 75% from the field with seven rebounds and five blocks. The game against Oklahoma State is very representative of his usual performance, but he does exactly what his team needs him to do to win.
Who’s Hot

Rasir Bolton the last two weeks has been a huge surprise. The Penn State transfer has really come into his own. On the 21st, Iowa State played Oklahoma State, Bolton played 40 minutes and scored 21 points and had nine rebounds and five assists. Then on the 25th, Bolton scored 23 points against 16 Ranked Auburn. Even though the Cyclones lost, they only lost by four and really kept it close. Iowa State plays Baylor next and it will be interesting to see how Bolton performs against the top ranked team in the nation. I do know that Rasir Bolton may be someone to keep an eye on as he quickly becomes a huge part of Iowa States offense.

Another great week for the offensive leader of the Kansas Jayhawks, against Kansas State, Dotson scored 18 points, three steals and five rebounds. Against Tennessee, he scored 22 points with two steals and seven assists. Then at Oklahoma State, Dotson had 11 points and a win for the Jayhawks. Kansas is riding a four-game winning streak and Devon Dotson is averaging 18 points per game in those last four games.

Oklahoma only played one game this week, but it was a spectacular game against Mississippi State where they won by a point. Brady Manek really performed well in this game and helped his team pull out a real close win. Manek scored 18 points and rounded out the game with six rebounds and two blocks. He also was instrumental in scoring the final few points of the game for Oklahoma to put them ahead to win the game. Oklahoma plays Kansas State next and I expect Brady Manek to have a great game against the sub-par Wildcats.

This has been a rough season for Oklahoma State. They are 0-7 in Big Twelve play now, and that it is not looking very good for the rest of their season. They did win this week, they beat Texas A&M which is not a bad win, but then they turn around and lose embarrassingly to Kansas in Oklahoma State. It seems like Oklahoma State will not get their chance to win another game until February 11th when they play a very sub-par Kansas State. They have done better scoring lately, but they still have not put it all together to continuously win games.

Everyone involved in the Kansas/Kansas State fight

That was just embarrassing, on both sides. In case you have been living under a rock, Kansas was ahead 81-59 when Kansas State’s DaJuan Gordon unceremoniously stole the ball with a few seconds left, since there is still time on the clock he goes for a layup and Kansas’s Silvio De Sousa takes offense (justly) and gets the demoralizing chase down block as time runs out and stands directly over DaJuan Gordon (completely unnecessary) who is now on the ground. The benches start to clear and punches between both teams are thrown and people are hit. Then in a moment of weakness, De Sousa picks up a chair and raises up above his head as if he’s in the WWE but regains clarity and drops it. Both teams are at fault and to make matters worse the entire melee took place in the special needs section. Everyone involved in the fight should be ashamed and players from both teams have been suspended for different various of time.

As a lifelong basketball fan (I’m a college student) I have always had huge respect for Kobe Bryant. Growing up Kobe was always in conversation for the best player in the league and maybe in history. When the news broke, the world stood still in a true “where were you” moment. His impact on the game will be there for the rest of basketball history and he will never be forgotten. If there is one thing I learned from Kobe, it’s that hard work and the mentality to be the best can get you anywhere in life, whether it’s basketball, school, being a parent, etc.

Is there anything more Kobe than dropping 60 points in the final game of his career. His performance helped the struggling Lakers to a win over the Jazz and will go down in history as probably the best final game in NBA history. Adding to the reverence of the night, Kobe’s said in his post-game speech “From the bottom of my heart, thank you” and “Mamba out” and blew a kiss.

Kobe’s 81-point game against Jalen Rose and the Toronto Raptors in 2006. In that game he shot 28 for 46 with 18 free throws. This game really defines what Kobe is about, doing what he needs to do in order to win. He was a fierce competitor and was fearless. This 81-point game is second most in one game all-time behind Wilt Chamberlin’s 100 point game.

Is there anything more “Mamba Mentality” than tearing your Achilles after getting fouled, getting up to shoot your free throws WITH A TORN ACHILLES. Making both free throws WITH A TORN ACHILLES. Then walking off the court by himself. He was a master of getting in the zone and once he was there, he was going to do what he came to do, play basketball.

Even though Kobe is most widely known for his scoring, in this classic Western Conference finals game against the Trailblazers Kobe’s big moment was his beautifully placed alley-oop pass to Shaq. With the Lakers only up for the one-handed slam in front of the home crowd was all the Lakers needed to clinch the series and ultimately go on the win the NBA finals that year (and the next two).

While there are many other incredible moments from Kobe’s playing career, this one really solidified his “Mamba Mentality.” After some heated exchanges between the two, Matt Barnes for the Orlando Magic pump faked a pass directly at Kobe’s face (probably expecting him to flinch). Kobe did not move and just stared at Barnes with the competitive intensity that he was known for.